I made this amazing dish back in March 2020, when we thought this virus nonsense would last 6 months, tops. Oh, how silly we were. (note I don’t mean thought the virus *was* nonsense, we all know it’s real and deadly). 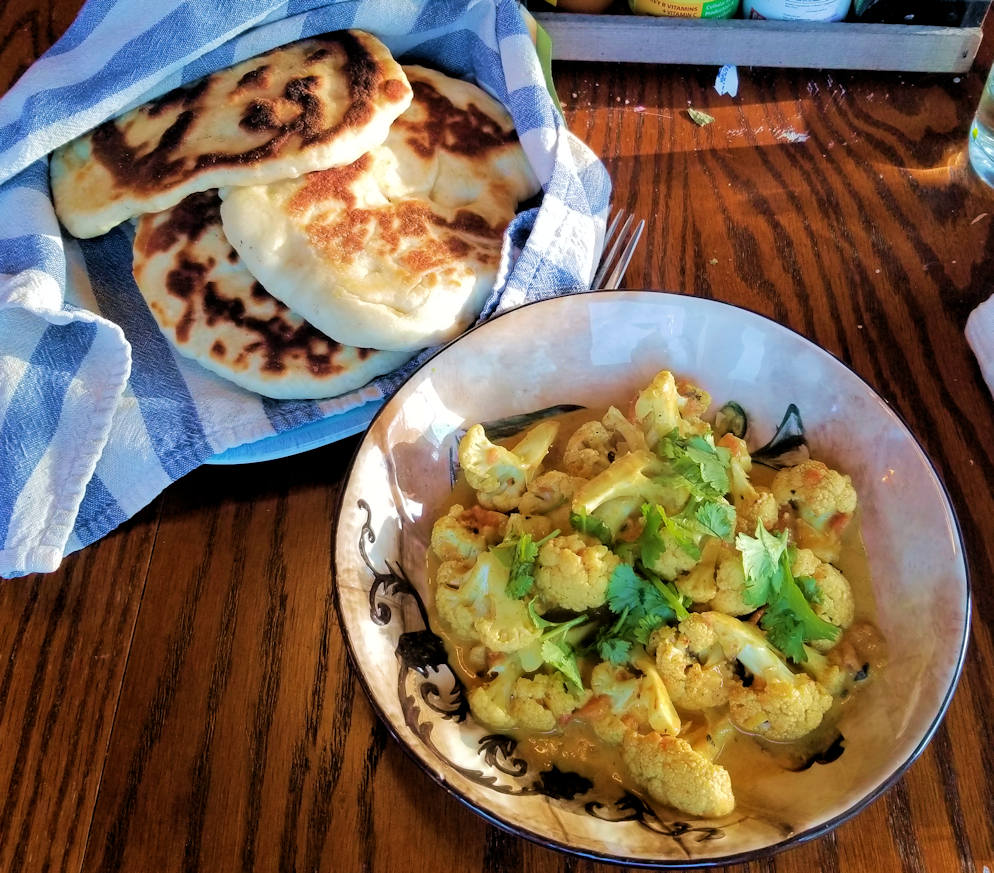 I made it with the naan, both of these recipes are from Half-Baked Harvest.

Well it was delicious and easy. Mine isn’t as pretty as hers, but hot damn, it was good.

Next day, for the leftovers, I added some more milk and blended it into a soup. So yummy!!!