This is the last meal I did with my most recent Hello Fresh delivery.  And my least favorite. But I think part of it is my fault.

All was going along well until the instructions said to use half of the Cajun seasoning for one step and half for another.

I used it in the first step, in the flour and cornstarch mix. Then I just happily moved on to the rest of the dish.

I got to almost the end, and realized that I still had the other pouch of Cajun seasoning too. I searched the recipe and couldn’t find where I was supposed to add it, it was already in the chicken dredge. So I improvised and added it to the mayo mixture which was just going to go on the buns.

Then I realized, far too late, that I was supposed to sprinkle it (just the dry Cajun spice) on the chicken before dipping and dredging.

So I improvised once again and just spread some of the mayo mixture onto the raw chicken. I’ve done other recipes like this where you put a spread on the meat before cooking it, so I thought it would be OK.

I proceeded onto the rest of the recipe and everything seemed to go well.

Once I took a bite, I realized the error of my ways. The breading just slid right off the chicken and I ended up with a gluppy NO flavor mess. I can’t really explain the lack of flavor as the Cajun and sauce was on there and everything else was there. I ended up removing the bun, scraping off all the breading and eating the chicken by itself with the peppers.

That breading and process was just not good. It tasted like flour and that’s all.

I have done this process before, but used baking powder instead of cornstarch and it turned out great (see yesterday’s post on the Fried Tofu) I just didn’t like the cornstarch and I didn’t care for the way the recipe was written.  The ingredients are not listed in the order used, and My ADHD brain needs it really spelled out. Each piece at a time. In order.

So I would personally not order this again. If I wanted to make a Cajun Chicken sandwich again I don’t need a meal kit to do it. 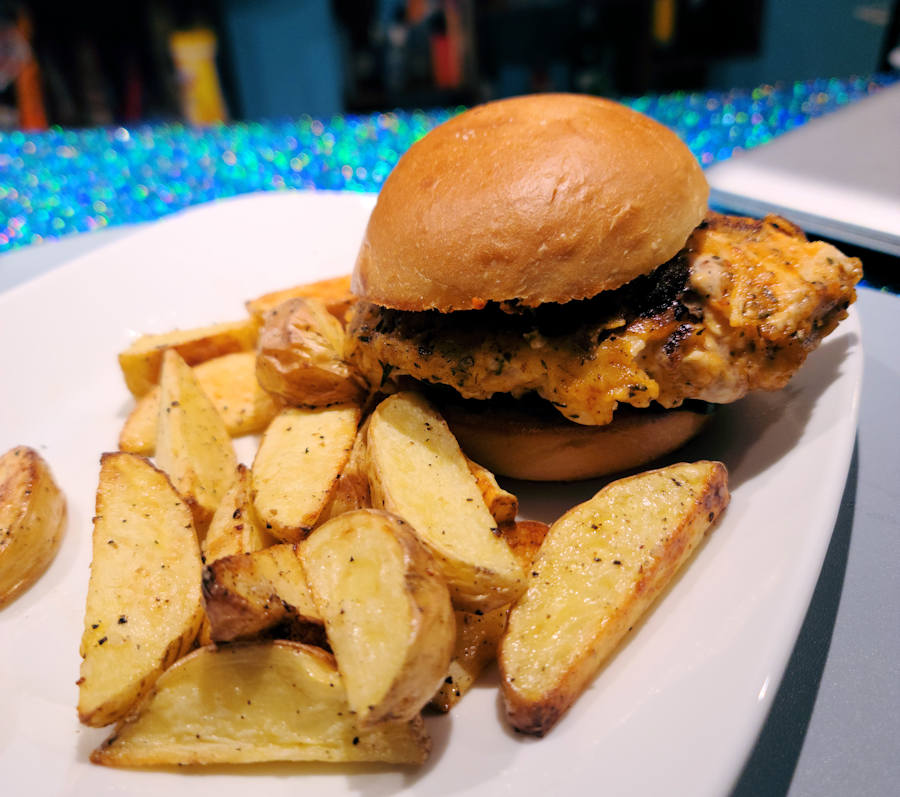 I will continue to keep Hello Fresh in the meal kit rotation as the other two meals were super good.