After seeing this on TikTok for a month or so, I finally called “uncle” and tried this.

Let’s just say the first try was not a success.

I forgot that I was supposed to flip the bread so that it was eggy on both sides…which isn’t actually suggested in all videos, but should probably be done. My other issue is that the egg stuck to the pan and I couldn’t flip it. 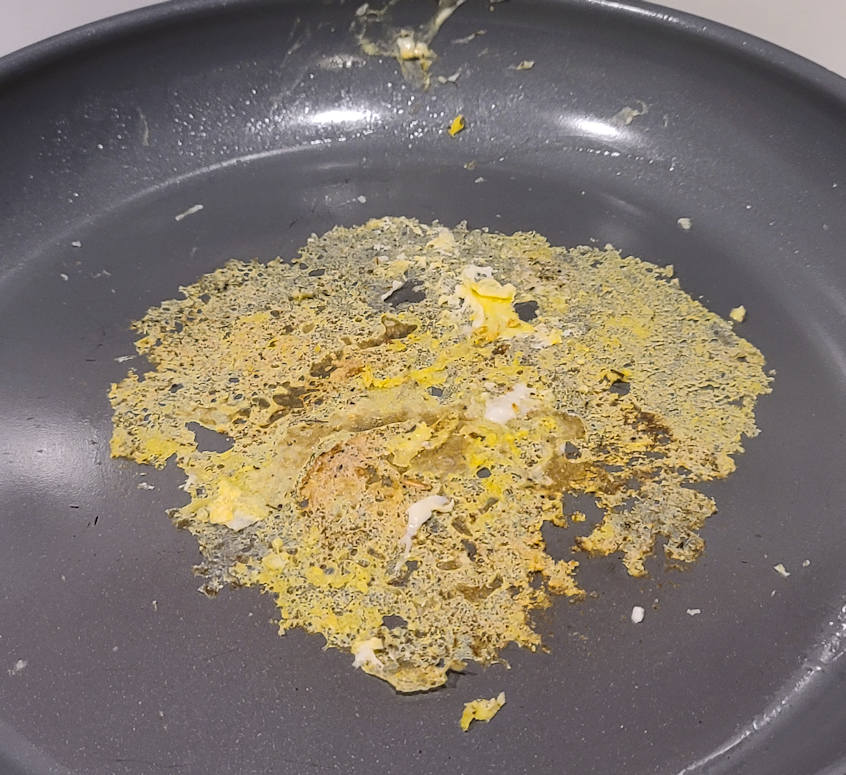 Second attempt was much better. I used only one piece of bread (Dave’s Killer Bread…it’s the best) and I flipped the bread so it had egg on both sides.

This time I was able to flip it.

I filled it with turkey, cheese and sliced scallions.

After folding the egg in, and putting it together, I flipped it one more time.

One night when my husband and I were watching TV a conversation came up on Salisbury Steak. I think he said he didn’t like it, and I said I loved it and would make a good one for him to prove it.

However, my bravado wrote a check that my skills couldn’t cash. My favorite Salisbury Steak is this one. 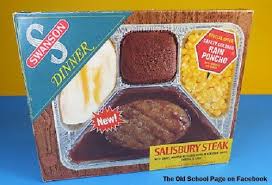 Those silky potatoes and that chocolate cake was sooo good, even when it burned a little. But the steaks were so tasty and that gravy!? *Swoon*

Also, I used to work at a place that provided lunch for staff and their Salisbury Steak was the BOMB! They didn’t make it in house, it was from a food service company. So it was like school lunch, but better.

[Update] I just found out that the food we were served at work was…..{drum roll please…} STOUFFERS!! ]

So I did some digging and I already had a few Salisbury recipes in my cookbook (I use CopyMeThat). The one that had the most stars (given by me) was the one from Home Chef. Here’s how it came out when I made it then:

The sauce looks too creamy and light colored for what I wanted.

So, I kept looking. When I Googled it, I realized that Chef John from Food Wishes had a recipe. So I watched the video again and decided to use this one. 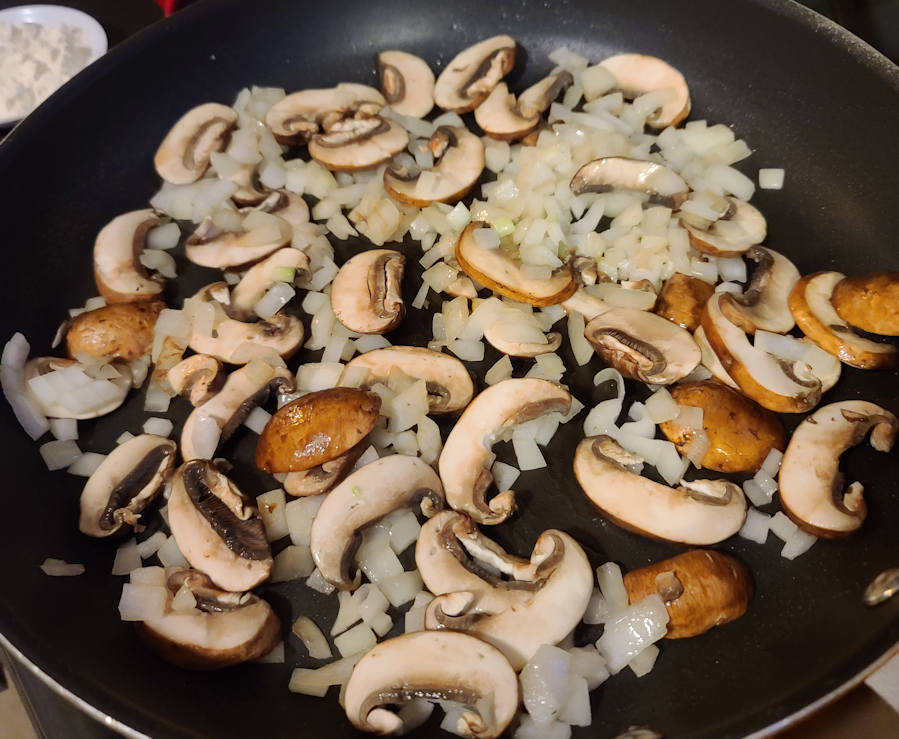 I did make the meat ahead and let it rest in the refrigerator, as suggested. What I didn’t love is the ketchup. Something in it felt not quite right and I think it’s the ketchup. He does say in the video that his recipe is more like meatloaf and I guess I don’t really like that aspect. If I want meatloaf I’ll just make that.

This was good, but I think the Home Chef one was better.  Note, there are 2 HC Salisbury recipes, one is “steak” and the other one is meatballs. I liked them both and rated them both 4 stars, but they are different.

Maybe I have to take things from all three of these recipes and make one of my own with them as guides.

The beef, mushrooms, and beans were from Imperfect Foods. Use my link and get $10 off your first box. (Full disclosure, I get $10 off too.)

I saw this cute waffle iron on Tiktok and had to have it. I found it in Amazon packaged with a cookbook.

I had bought a box of Bisquick as I remembered from my childhood that all you had to do was add water (I remembered wrong).

So I made the batter but I didn’t need 12 of these today so I poured half the batter into a container and saved it for tomorrow.

To the half I had out, I added garlic powder, pepper, a tiny pinch of salt, and about 1\4 cup of shredded cheese.

I sprayed the Dash with cooking spray and I used a 1\4-cup measuring cup to pour the batter into the Dash.

I didn’t time how long it took to cook them but it was maybe 5-7 minutes per waffle.

Just be sure not to overfill! 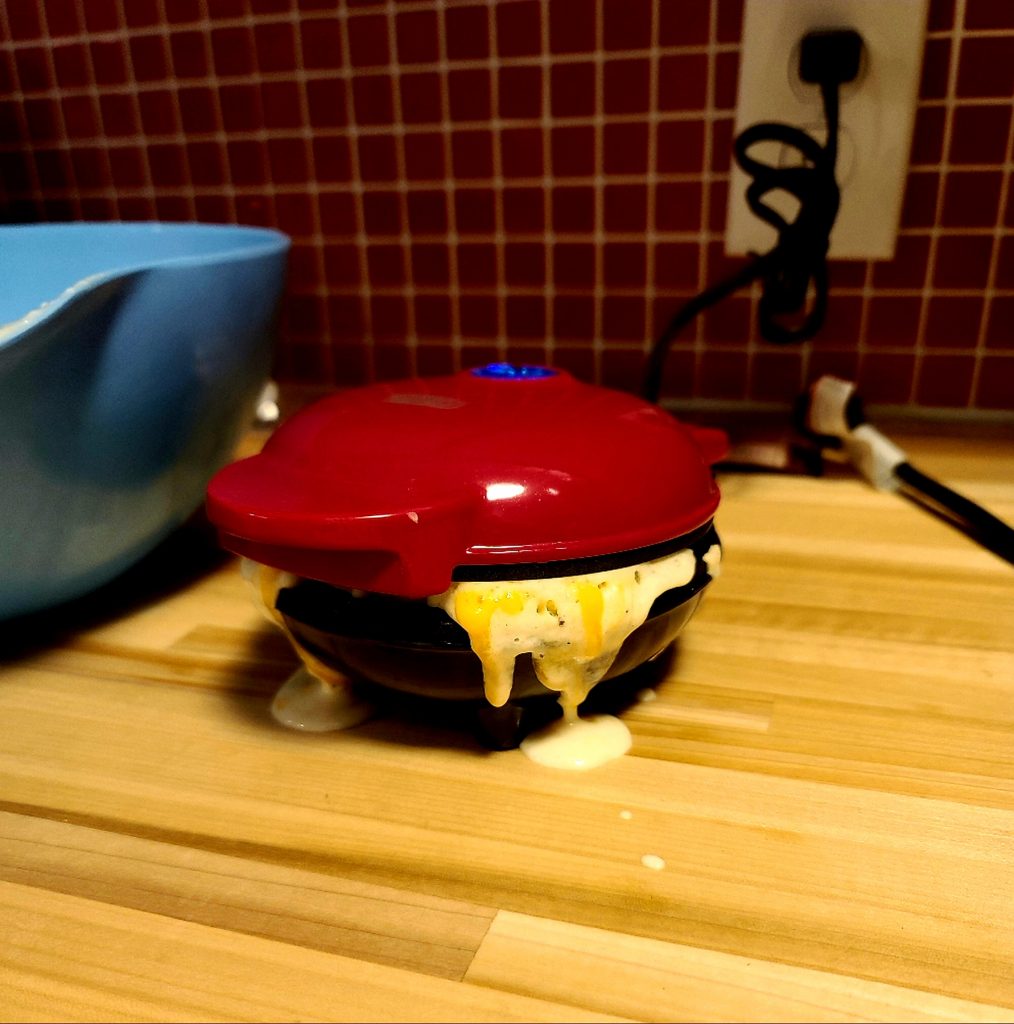 These were delicious! This little gem is easy to use, easy to clean (even if you overfill as I did) and if you get the one with the cookbook it’s an even better value.

I served my cheesy waffles with an egg and bacon (sugar-free). 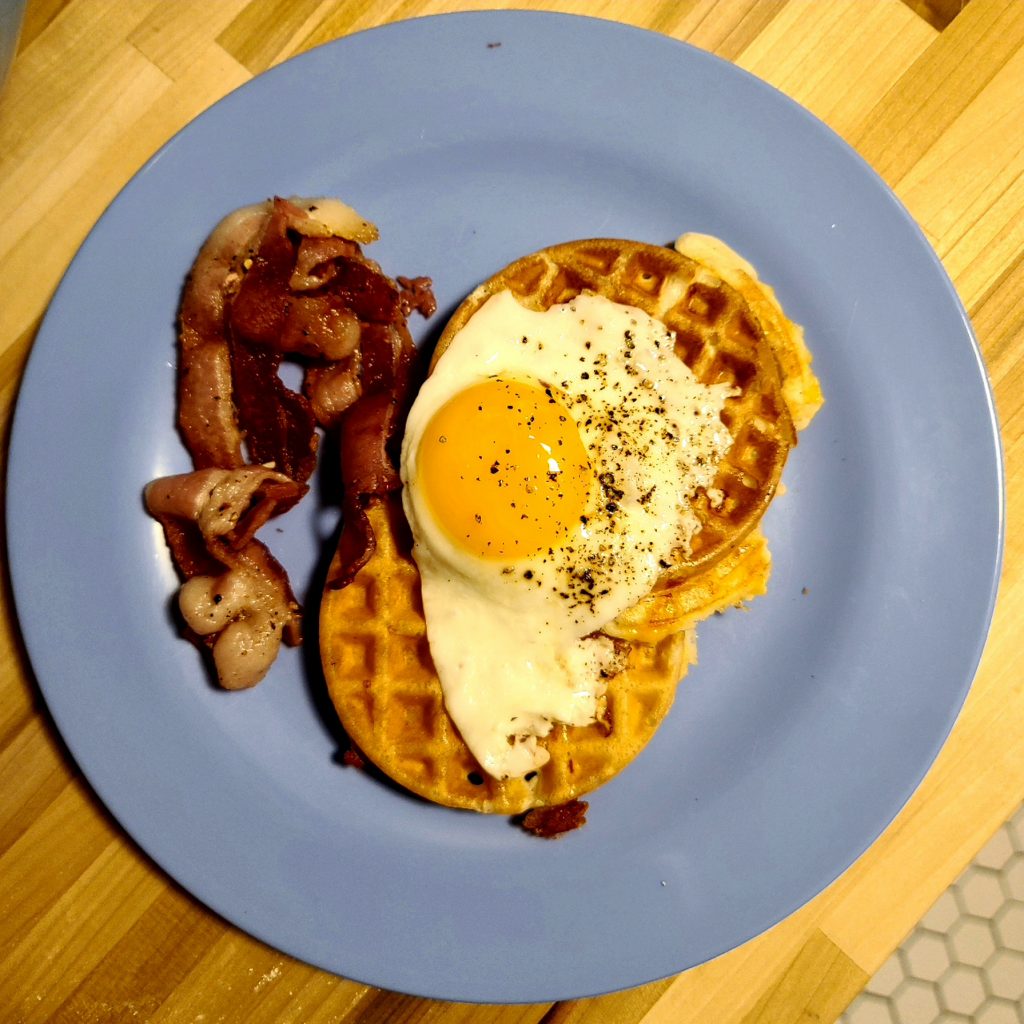 I can recommend this product, it’s cute and works well!

Method: I cooked them for 4 minutes on high pressure, quick release. Then I turned off the pot, put the lid on and let them sit for about another 3 minutes because I was getting the rice ready.

Result: They stuck even though I had a ton of spray on the egg bite tray.
One was just right, the other egg had gooby whites. 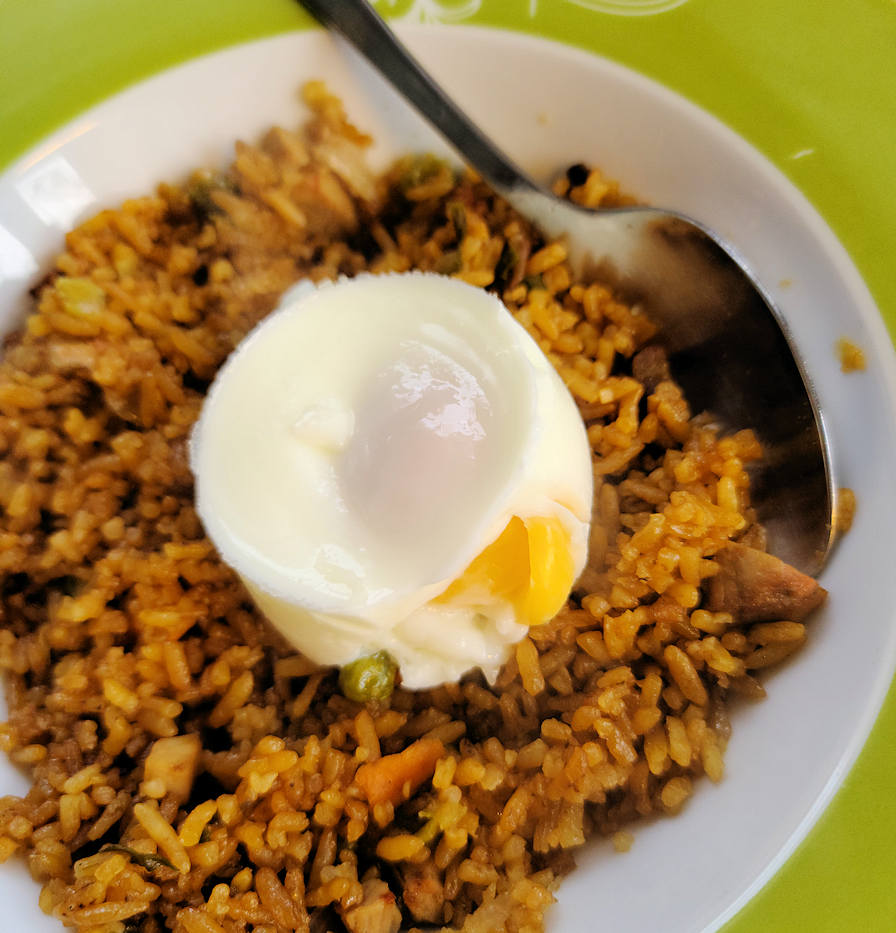 They also are a weird shape, but this is much easier than dealing with boiling water, swirling, the egg white flying all over and the clean up of doing in the old fashioned way.

This is the recipe that I used as a guide:

This is similar to the set I bought. Apparently the one I got is no longer available.

NOTE If you are using an Adblocker, you’ll need to pause it for this site, so you can see the albums. It considers these links to be ads. They’re just links to products, but it is through an affiliate program.

Update, I tried this again today (November 14, 2020) and still put them on high for 4 minutes, but this time I used the top of the egg tray. It appeared that they were still super wet in the middle and too goopy so I put them in for another minute and that resulted in basically hard boiled. So I guess I’d leave the top off, or go less time. I only had two eggs in the tray and the recipe says less time for more eggs. So if doing a full tray, 4 minutes would be too long. 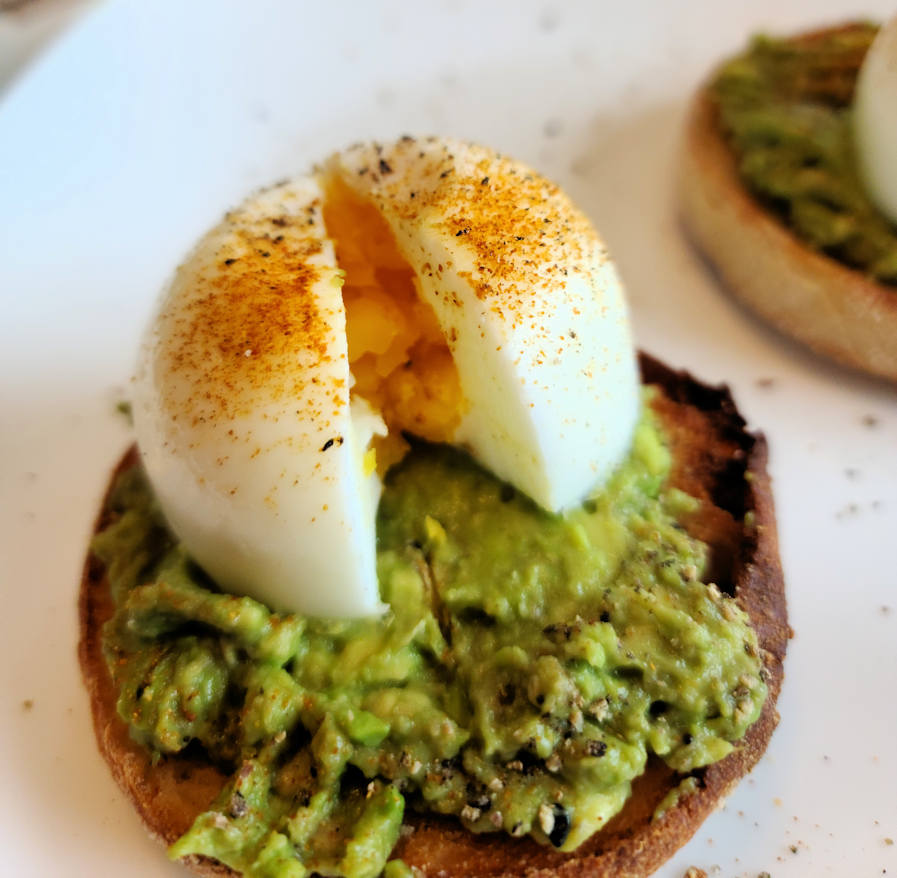 Also my phone likes to think it knows better when I’m taking pictures of food and does a weird setting that makes most of the photo blurry. If I forget to turn this off, the photo is wonky. Sorry. Hey, the pepper looks great!