So, the one I chose from the March issue of Bon Appetit Magazine is Green Curry Lentil Soup (page 46). I chose it because I had all the ingredients and had just gotten some new green lentils from Imperfect Foods. I also had some sweet potatoes that were starting to mock me because I let them sit on the counter for too long. 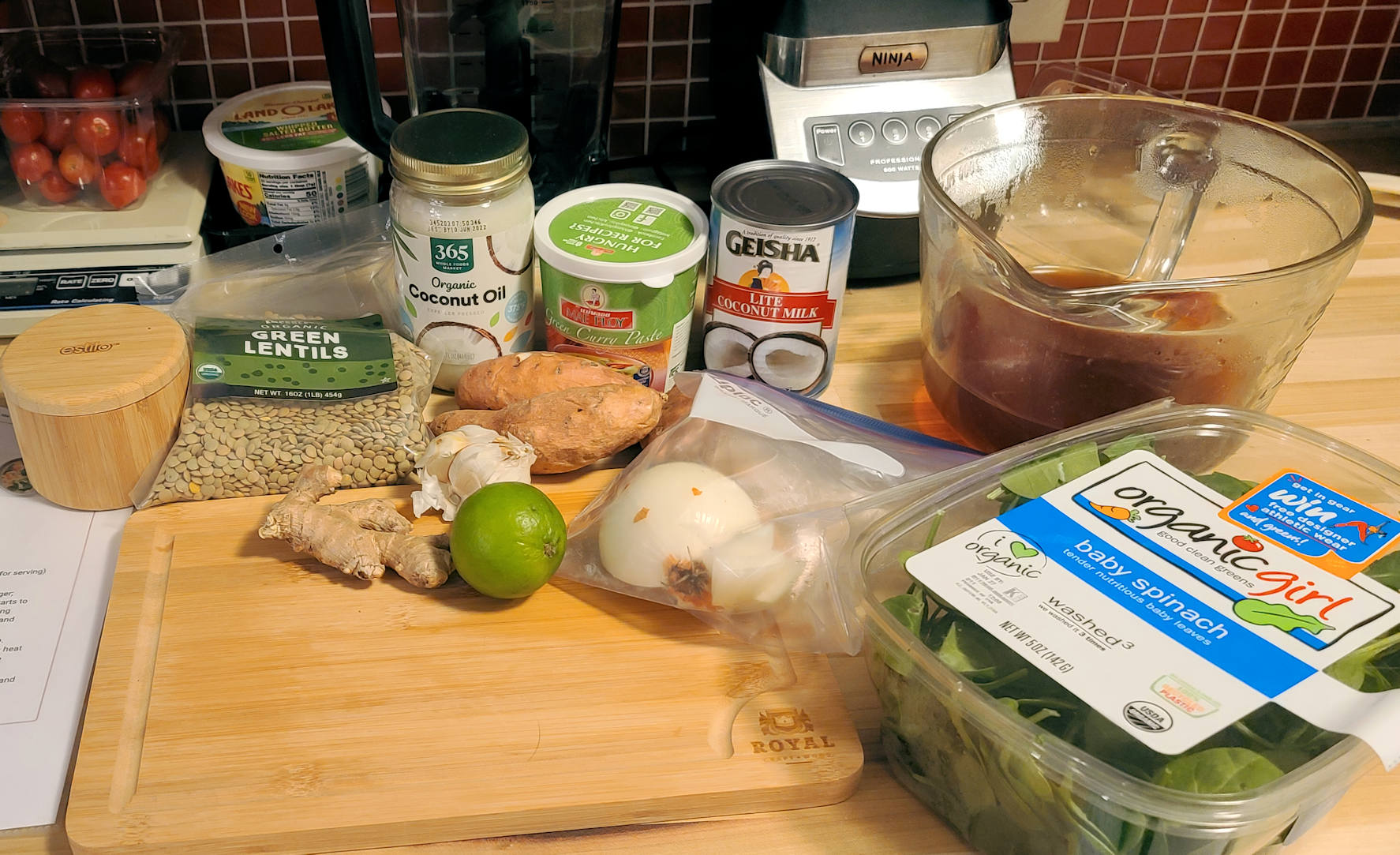 The only thing I did differently is that I cooked it in the Instant Pot. This was a super easy and pretty quick dish to make. It involved a bunch of chopping, but you could certainly buy onions, garlic, and ginger prechopped to make this even easier and quicker.

I actually measured the green curry paste and holy Jebus was it HOT! I love spice but this was off the charts. It was still delicious, but yowza!

This is the curry paste I used:

I would make this again and the Instant Pot worked well.  Here’s the recipe.

When you get your April issue, let me know what I should make for April!

The lentils, sweet potatoes, lime, and garlic were all from Imperfect Foods. Use my link and get $10 off your first box. Full disclosure, I get $10 too.